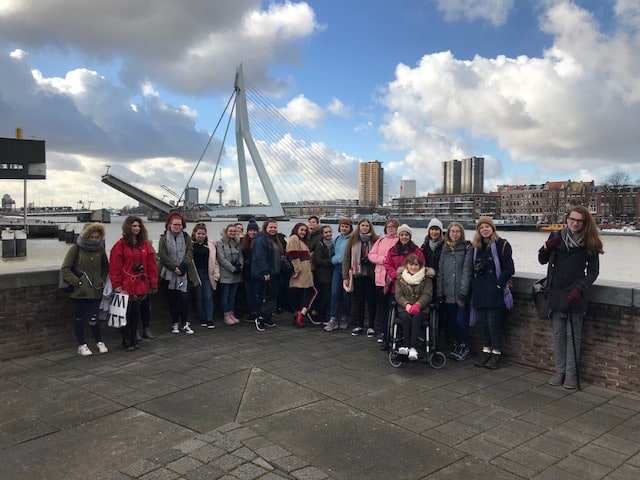 Amsterdam & Rotterdam are both port cities, full of historical references and landmarks, including those relating to events having taken place during the 2nd World War. In terms of art and film, there are few other European cities that can offer more in the way of galleries and museums to visit.

There were many pancakes, fries, waffles, and jacket potatoes to be had, and much walking completed. In fact over the course of just the 4 days we walked 55-60km, that’s a lot of steps!

The trip was fantastic, made more so by the great company of the students, and there willingness to walk the city in the cold and sometimes rain. I was proud to be their teacher, and enjoyed the trip immensely due to the students’ enthusiasm, and eagerness to learn about the cultural aspects of Amsterdam, as well as its vast history. It really was an amazing time had by all.