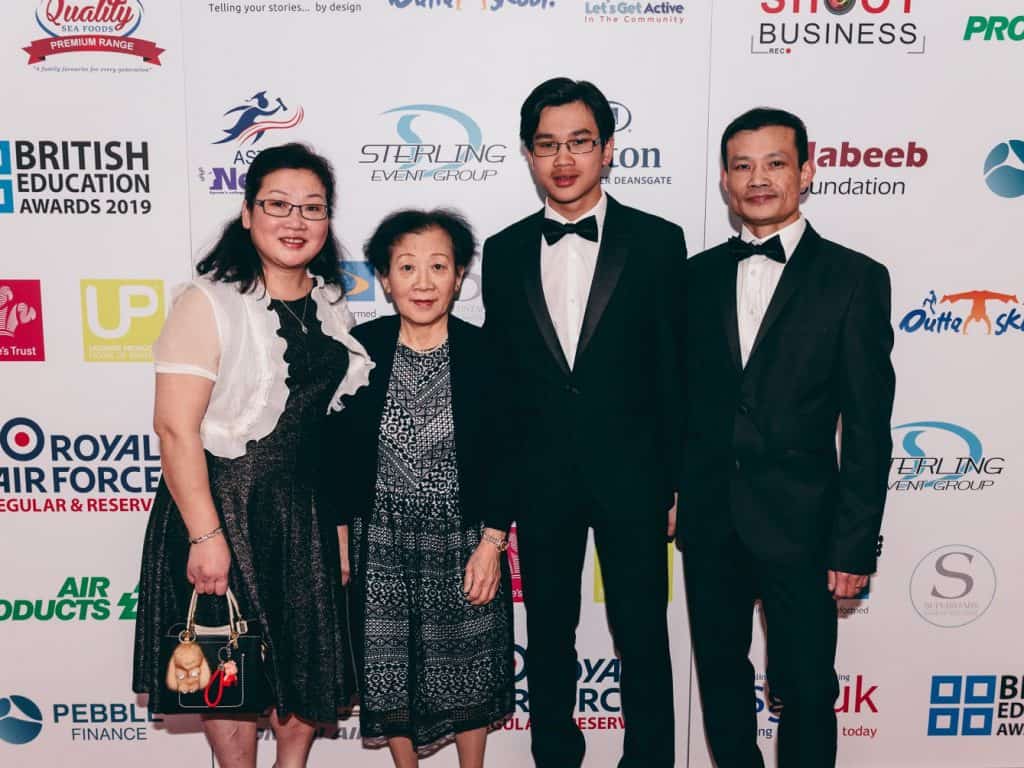 We are extremely proud to announce that former student Lucas He reached the England Zone 2 A Level finals of the prestigious British Education Awards 2019.

Lucas was nominated for the prestigious award by his former Maths teacher at the college, Ian McLean, who hailed him as “a truly exceptional student”. Lucas achieved an outstanding five A*s in A-level Maths, Further Maths, Chemistry, Physics and Additional Maths with us last summer. Lucas also embarked on two four-week internships with local green energy companies over both of his summer holidays at college. He excelled in both companies and received some fantastic feedback for his hard work. In one case, he had taught himself a whole new programming language and applied it to an incredibly complex problem- all within a day or two!

In addition to his phenomenal academic performance, Lucas was always willing to help others during his time at college. He would volunteer at the British Heart Foundation every week without fail, and would assist his peers with their work within his subjects at college. Ian McLean commented “Lucas always had time for others – he is the most humble young man you will come across.”

Despite just missing out on winning the award, Lucas said “I was really proud to be a part of the event. It was inspiring to see UK education being celebrated, and the work being done to continually improve it.”

Lucas is now studying a degree in Natural Sciences at the University of Cambridge. College principal Kevin Grieve stated “All the staff are extremely proud of Lucas and this achievement. He made a significant impact at college and we wish him well with his future career.”