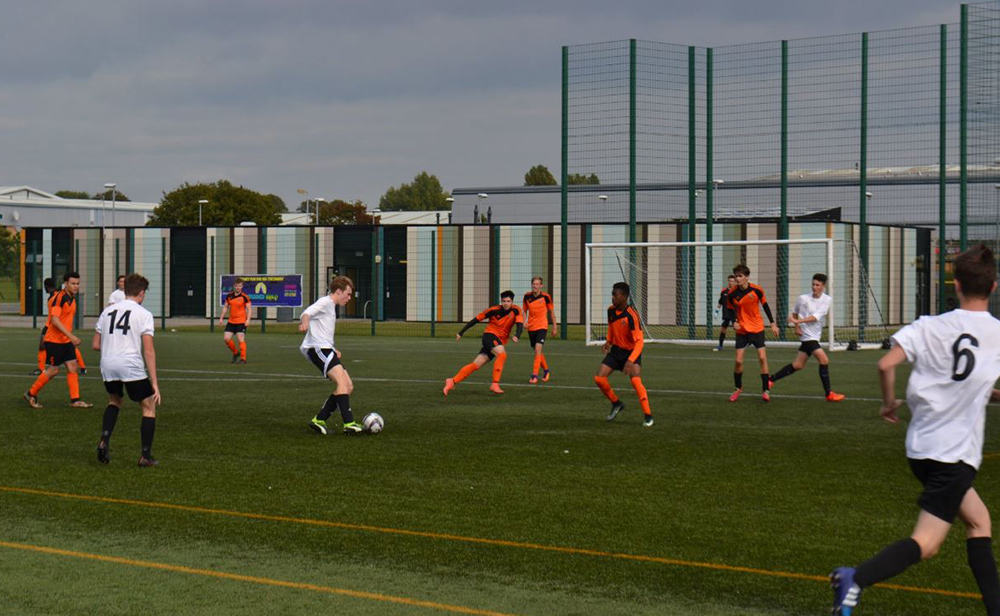 First game of the new season beaconed for Lowestoft with a much changed team from the previous season. The pressure was on the boys with last season success in achieving second place in the league. For the boys that were in last year’s team that were denied the league title in the closing minutes on the last game of the season, it was time to go one better and win the league this year.

With a predominantly new look side, last year’s home result against this opposition looked a daunting target. The game started as a cagey affair with both teams trying to insert their dominance on the game in the early stages.  The majority of the chances in the first half fell to Lowestoft and the break through finally came from Harry Pickess with a neat finish from close range. This lifted the performance of the Lowestoft players, and you could tell it was an important goal from the celebration from the players. The first half continued in a similar fashion with both teams struggling to really find their rhythm. Lowestoft did show glimpses of excellent football which the opposition could not handle. With Harry Pickess and Hugo Colby making the back four work incredibly hard  with runs in behind. The building pressure and overall composure from Lowestoft led to them going in at the break leading 3-1, with goals from Harry Pickess, Elliot Harper and an unfortunate own goal.

Second half started in the same fashion as the first half finished with Lowestoft seeing majority of the ball pressuring the defence of New Suffolk College, with Euan Newrick, Callum Bell and the two forwards Harry Pickess and Hugo Colby making telling runs and contributions. New Suffolk College had now found their way into the game as it appeared the Lowestoft lads seem to tire and the game became a very cagey affair with New Suffolk College scoring crucial goals. The quality of Lowestoft in the end was telling with late goals from Harry Pickess and Callum Bell. With Callum remaining calm under pressure and slotting home from the penalty spot. The Lowestoft Sixth Form College lads held on for a crucial win in the campaign to go one better this year and win the league.

Man of the match goes to Callum Bell who put in a tireless performance for the team. He captained the team as well and was a commanding figure in the middle of the park making sure that he won his personal battles, which proved telling.