Take Your Place Against Terrorism: Bridge The Gap Between Knowledge & Fear. 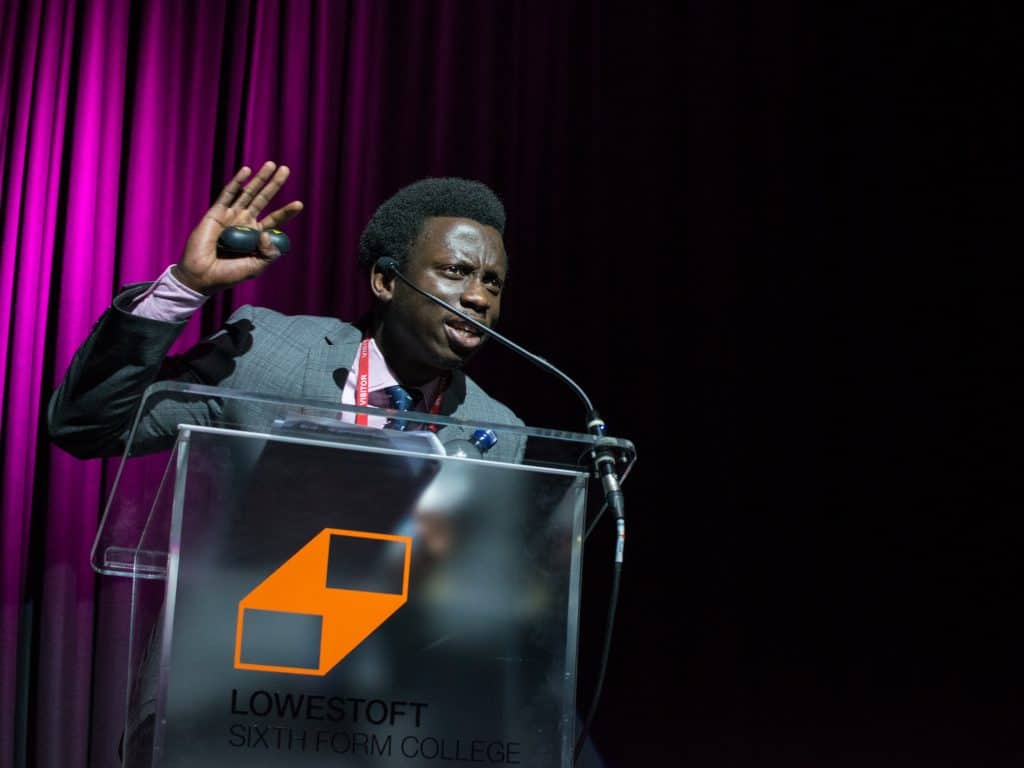 Lowestoft Sixth Form College and neaco are proud to present Take Your Place Against Terrorism. This collaborative conference sparked discussions and debates on what is terrorism for Year 12s within the Sixth Form. The day consisted of university style lectures, followed by interactive breakout sessions and question and answer with a diverse panel. The conference will bring together links from the University of East Anglia, the University of Suffolk and the local area, including local political parties highlighting current issues whilst raising awareness of Higher Education and potential interesting areas of study at University level.

Take Your Place against terrorism took place on Wednesday 15th November for students within the Sixth Form College. Phil Spencer, our director of faculty at Lowestoft Sixth Form said “The conference was set up to explore the nature of terrorism and its many facets. It will aim to get young people to participate in discussions and dialogue about the topic and try to understand the complexity of the issue. Terrorism is an important topic and the discussions will bring peoples common values together.”

The conference hosted exciting speakers, talking about a range of issues. These include Manwar Ali, a former radical jihadist talking about his experience and the point his life changed, Professor Nicholas Caldwell a lecturer from the University of Suffolk discussing cyberterrorism and cybersecurity, Ivan Humble from Lowestoft and former EDL member, as well as Akinyemi Oyawale a researcher from the University of East Anglia who will highlight what is terrorism and its place in contemporary politics. During the day there were representatives from local political parties, local universities, local charities, Suffolk Police and the county Prevent coordinator.

Professor Nicholas Caldwell, Professor of Information Systems Engineering and Course Leader for Cyber Security at the University of Suffolk said “We have all benefited greatly from the internet and the associated web and mobile computing revolutions. Unfortunately, so have terrorists. This conference provides an opportunity for students to understand how terrorists are exploiting cyberspace for asymmetric attacks on all of us. I will be exploring some of these incidences and how we can all defend ourselves against these dangers. The talk will draw upon the attack-and-defence teaching techniques which are used on our cyber security degree programmes at the University of Suffolk.”

Laura Davies, the Higher Education Champion working closely with Lowestoft Sixth Form College, working with neaco and Take Your Place said; “The Network for East Anglian Collaborative Outreach (neaco) is working with schools and colleges in East Anglia to raise aspirations of the young people through the project Take Your Place.Take Your Place is working to assist with progression into Higher Education and encourage students to explore their potential. We are delighted to have helped organise such a diverse event. It will give a great taste of some alternative areas of study to pursue at higher education level whilst discussing topics relevant to the world today. The conference will inspire the next generation of counter terrorism specialists.”