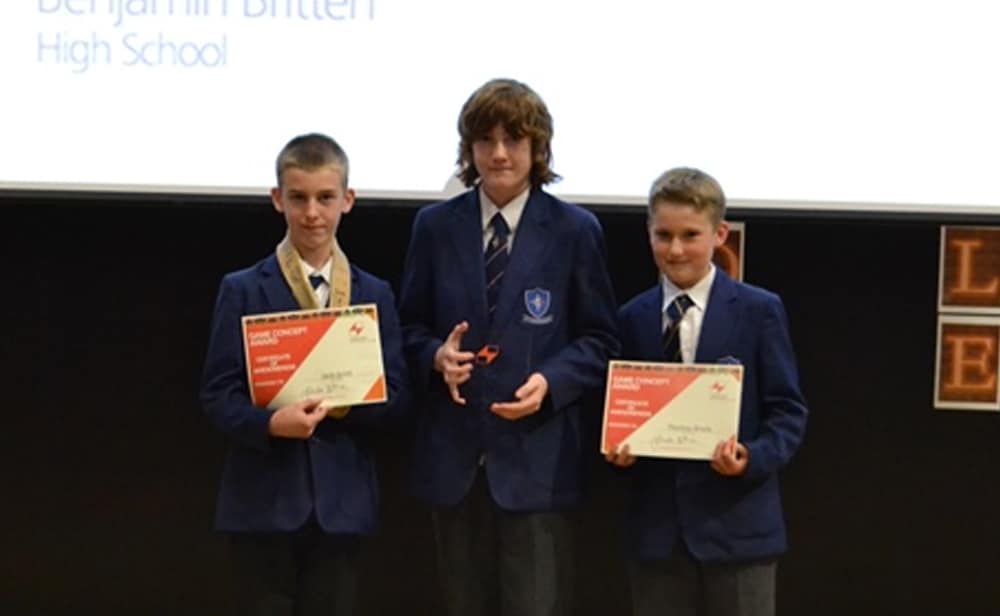 On Thursday 3rd July, Lowestoft students were presented with certificates and awards for the first Lowestoft Games Design competition held at the L6FC. The competition was inspired by the national BAFTA Young Game Developer award which tasks students aged 13 to 16 to design or create a new game from scratch. Robert Kurta & Dave Pimm, lecturers for the BSc Computer Game Design at UCS along with Dave Chilver of L6FC have worked with the high schools to coach the students and ultimately judge the entries. The Game Design award was won by Pakefield student Daniel Hayward with his game “Turning Towers” which featured a spy attempting to rescue kidnapped climate change scientists from several booby-trapped towers owned by an evil oil company CEO. The Game Creation award was won by a team from EPA featuring James Sergeant, Korbyn Warman, Owen Long and Dion Clarke with their game “Siege of Vietnam”, a text based adventure game where an American soldier during the Vietnam conflict becomes disillusioned with the US and defects to the Viet Cong whereupon he embarks on a vendetta against his former superiors. Winners of the competition in addition to receiving their certificates were presented with Amazon vouchers and a trophy before all students were given the opportunity to discuss their games with the staff from UCS who offered feedback and guidance for next years competition.