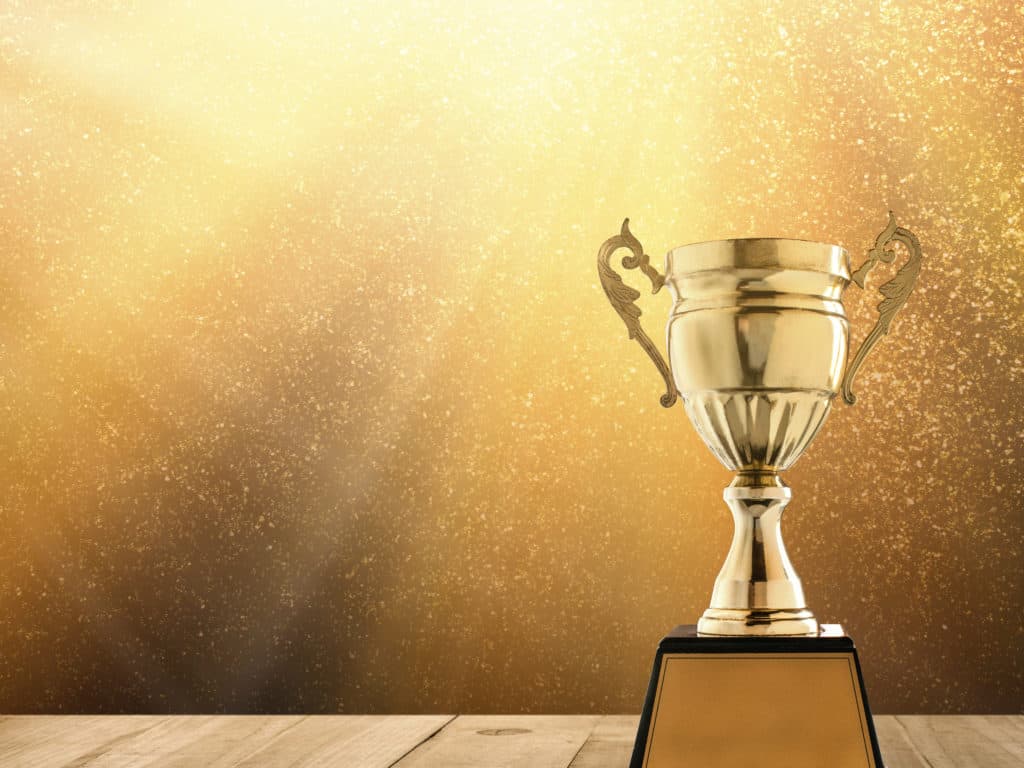 East Coast College won the Resilient Business of the Year Award at the Suffolk Chamber of Commerce’s Lowestoft and Waveney Business Awards 2019. The ceremony was held at the picturesque Ivy House Country Hotel in Oulton Broad last month.

Wendy Stanger, Director of Governance at ECC received the Governance Professional of the Year award at the Chartered Institute of Governance (ICSA) Awards 2019. The venue of choice for this highly-regarded award ceremony, also held in November, was the London Hilton, Park Lane.

The awards come after the successful transition of three Further Education institutions combining over the last two years to form East Coast College. During this period ECC has worked hard to achieve an open and welcoming learning environment, supporting both students and staff. The two awards acknowledge the hard work and dedication of the staff who have developed the college and its students.

The Resilient Business of the Year Award recognises an organisation that has undergone significant change over a period, through which it has developed a strong culture and demonstrated high-performance recovery. It is a testament to everyone who works at the college and the contribution they make with supporting students. The award, sponsored by Access Community Trust – a Lowestoft-based charity, was received by members of the East Coast College Wellbeing Working Group on behalf of the entire college.

Ann Wall, Director of People and Wellbeing at ECC, who received the award said,

“East Coast College was formed by the merger of three institutions with differing cultures and personalities.
To come together to create Team East Coast College has been no small undertaking and the staff who work here have been incredible in their resilience and can-do attitude to make these mergers work. To win this award for our efforts in terms of wellbeing and collaboration, signals that we are heading in the right direction. I am really excited for the future of our college and the positive difference our team can make to the communities in which we live and work.”

The Governance Professional of the Year award was presented to Wendy Stanger at the ICSA awards, the largest event of its kind in the UK. It recognises and celebrates excellence in governance and annual reporting, rewarding the work and achievements of companies, teams and individuals from across the governance profession. Wendy triumphed over tough competition from other nominees, including household names like Scottish Power, Asda and Deloitte.

Commenting on her win, Peter Swabey, Policy and Research Director at The Chartered Governance Institute said:

“This award celebrates individuals who have built and sustained strong relationships with their stakeholders and demonstrated innovative and effective approaches to good governance. Wendy has added measurable value to East Coast College, making a significant contribution to achieving departmental and organisational objectives, as well as improving governance. Having gone above and beyond to achieve real change whilst maintaining the human touch, Wendy is a worthy winner of the Governance Professional of the Year award.”

East Coast College was established in 2017 after the union of Great Yarmouth College and Lowestoft College. Lowestoft Sixth Form College later became a member in 2018. Throughout this time ECC has maintained its high standards, establishing itself as the leading further education college in East Anglia.