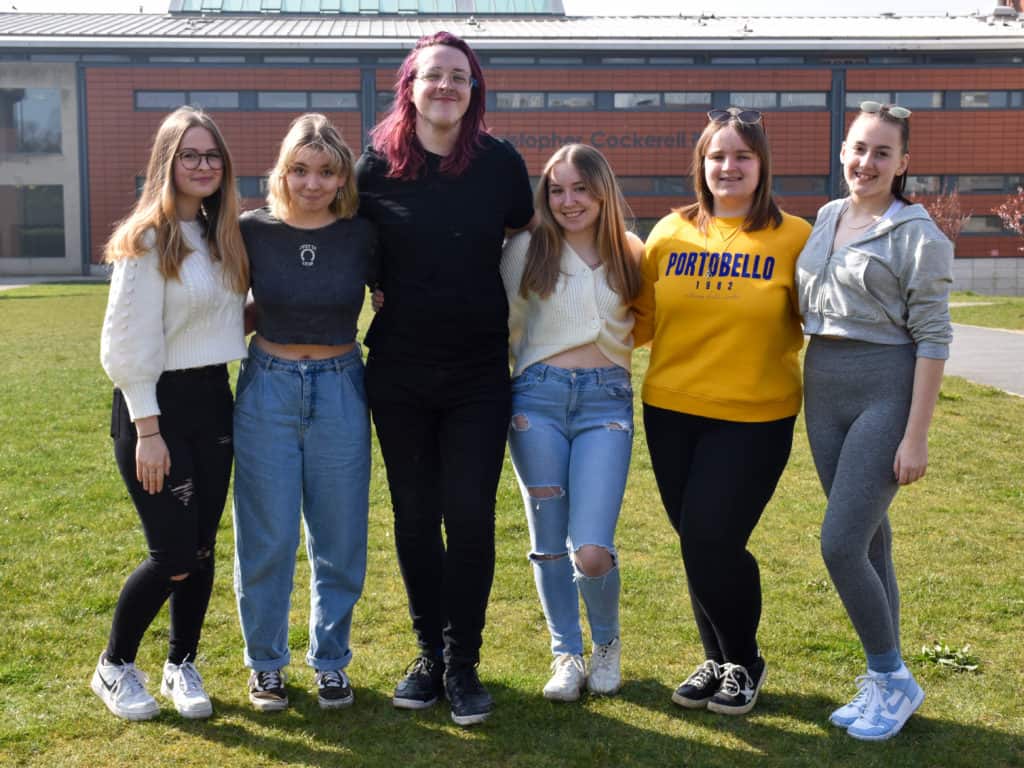 Students at Lowestoft Sixth Form College have been working together to produce the college’s first ever full-length musical, Chicago.

After losing out on multiple live performances due to the pandemic, the students and their teachers were determined to take on a project bigger than ever before. Performing Arts teachers Katy Beales, Guy Nottage and Beth Harris wanted the students to be as involved as possible to help broaden their experience and to prepare them for their future careers after college.

Students India Crittenden, Katie Orves, Chloe Utting, Briony Williamson, Duncan Hoare and Mia Coleman banded together to form the Chicago Production Team, taking on the roles of stage manager, musical director, assistant directors and choreographers. They have been involved in every step of the process: securing the rights to the show, set design, costumes, lighting, organising rehearsals and creating the choreography.

The nature of the project has allowed students from all departments to be involved. Photography student Laurel Barnard has put her skills into practice by capturing promotional pictures and headshots. Creative Media and Film Studies student Joshua Reid is developing his portfolio by shooting a teaser trailer.

Briony Williamson, Performing Arts student and Chicago Choreographer, said: “As a production team, we have all given up our own time. The rehearsal process has been enjoyable, but it has also been a lot of hard work due to the amount of time we have put in alongside our studies. I wanted to get involved with the production side of the show as I want to be a choreographer and I thought this would be a brilliant opportunity to give me experience in choreographing.”

The show will take to the stage in just two weeks with performances on April 6th, 7th and 8th. Over 100 guests will fill the audience each night. All the money raised through ticket sales and programmes will be used by the department to fund future performances.

Katy Beales, Lowestoft Sixth Form Performing Arts teacher, said: “We are so proud of our student production team and cast for working professionally, collaboratively and independently to produce this fantastic production. We, the teachers, quite literally couldn’t have done it without them, and we wouldn’t attempt to. We knew from the start that our original production team would be brilliant and they have surpassed all expectations by far! I would like to take this opportunity to thank them for all of the hard work that they have put in to make this show come to life!”